Nazis, Communists, and Complicity in Evil

What drives people to cooperate with evil? I explore this question with Alex Faludy, a journalist based in Budapest, and Robert Ericksen, Kurt Mayer Chair of Holocaust Studies Emeritus at Pacific Lutheran University. We consider the cases of Nazi and… Read More › 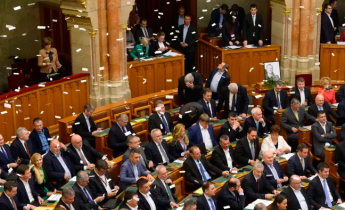 Hungary’s New Church Law is Worse than the First

Hungarian Parliament on December 11, 2018 / source: AP  Download a copy of this article here  This article was published in, and can be cited as, “Hungary’s New Church Law is Worse than the First,” (2019) Occasional Papers on Religion… Read More ›

Faith of our Fathers

My grandfather was a minister who studied theology at Liebenzell Mission between 1925 and 1929. He was ordained in 1931 and immediately sent to China, where he served as a missionary until 1949.