Home › Activism › Why I Joined the Centrist Project

Why I Joined the Centrist Project

I’m not much of a joiner, especially where politics is concerned, but recently I signed up with something called the Centrist Project. It’s a group that wants to overcome political polarization, which has reached a level they believe harms our country. I’ve also grown worried about how hyper-partisanship is enervating our nation’s politics. I’d like to work against it somehow, and even though the Centrist Project is new and relatively untested, when I saw I could become a “founding member” merely by donating $5 a month, I thought to myself, “Hey, I’ll give this a try.”

Like a lot of people, I’m dissatisfied with the choices offered by both major parties. As politics has become more partisan, the two parties have given up on putting forth platforms that address what I consider our country’s common good. Neither party wants to offer a vision of freedom and prosperity shared by all Americans. The Democratic Party is a tightly controlled political machine, representing an assortment of interest groups with a vision of the public good overdetermined by identity politics. The Republican Party, meanwhile, has adopted a strategy aimed at activating and agitating its political base through uncompromising, irresponsible political maneuvers. Although the tactic has produced some electoral success, it has also come with large and long term costs. The Republican Party has ceased to offer serious proposals for fixing the nation’s growing challenges. Just look at the confused debacle called “repeal and replace” Obamacare. Republicans control Congress and the White House, and yet nobody’s sure what they’re actually going to do.

Of course partisanship is part of politics, and some might think things have always been this way. But it’s not really true. Surveys indicate that political tribalism in America is growing. According to a 2014 Pew study, the Democratic and Republican parties are more ideologically pure and further from the center than they were twenty years ago; and highly committed political partisans have greater contempt for the other side than they did in the past. According to the survey, some partisans even view the other party as a threat to the nation. This bad situation is aggravated by the fact that people are more ideologically insulated than they used to be. They limit their circle of friends to people who hold the same political views, and some even choose where to live based on whether or not their neighbors share the same political affiliation!

The worst part, however, is that these hyper-partisans aren’t even in the majority. What they are is politically active, more so than the rest of us, and that allows them to push the parties toward the extremes. Their extremism, in turn, is leading to the factionalization of America. Factions are dangerous; they represent one of the threats to democracy our Founding Fathers feared most. James Madison defined a faction as a group of citizens resolutely pursuing its relative interests at the expense of the common good. He believed that, since to some degree factionalization was inevitable, the negative effects of factionalization had to be intentionally curbed and controlled in order for democracy to survive. 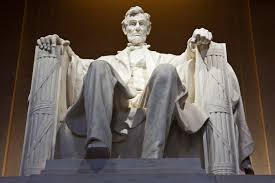 The problem with politics today is that we’ve stopped curbing factions. Americans are pragmatic people who want practical solutions, and they know pragmatism means compromise. But because our political parties are completely uncompromising, nothing ever gets done. In order to fix this, we need to find ways to curb unfettered factionalism. The best thing would be to motivate mainstream, centrist voters to get more involved in the political process. But centrist voters are turned off by the parties. Increasing centrist involvement requires reforming our system. It means introducing things like nonpartisan redistricting, open primaries, and campaign finance reform. It also means advocating and organizing support for centrist candidates whenever they appear. I don’t know how many of these needed reforms the Centrist Project will be able to achieve, but I do know that unless people do something, we’re in for more of the same. So that’s why I joined the Centrist Project – because I think things need to change.

If you’re interested in getting involved in the work of the Centrist Project, or just want to learn more about it, you can always check out their webpage.